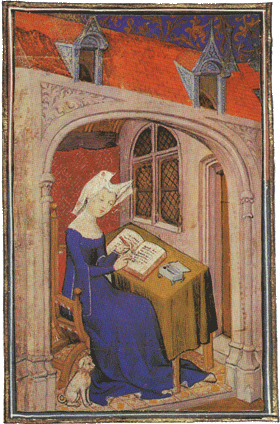 Some years ago one of my husband’s family in England inherited an escritoire, which is a writing desk with a sloping lift up lid, rather like the old school desks. It originally came from the family home in Teignmouth, Devon.

However, for anyone who loves the novels of Jane Austen and Georgette Heyer, it was the contents of the escritoire that were so exciting.

So here with the kind permission of their owner are the photographs of three bodices, which I believe date from the 1820s, around the time the Prince Regent became King George IV.

Sadly, I don’t think any of these garments were ever worn and I wonder if something tragic happened. 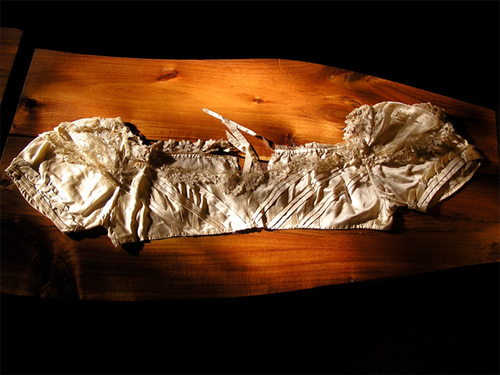 Ivory silk bodice with fine lace decorating the neckline and capping the shoulders. This was clearly made for a lady to wear at a ball or a formal gathering, and it is the largest of the three bodices.  It was fastened at the back by ribbons. 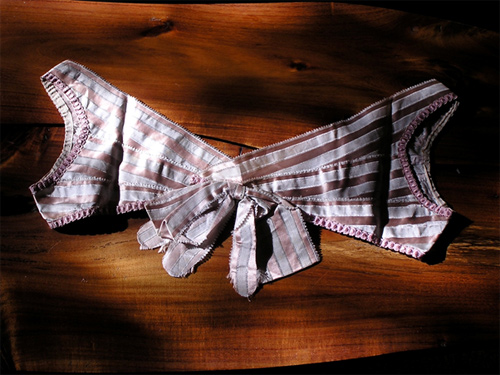 This is a far smaller bodice, made for a girl just out the schoolroom or else a young woman who did not have much of a bosom.  Just like the white silk bodice, it is in high-waisted, Empire style and very ‘Regency’ with its pink stripes. It fastened with a simple hook, I’m pretty sure the bow would have been at the back but I could be wrong. 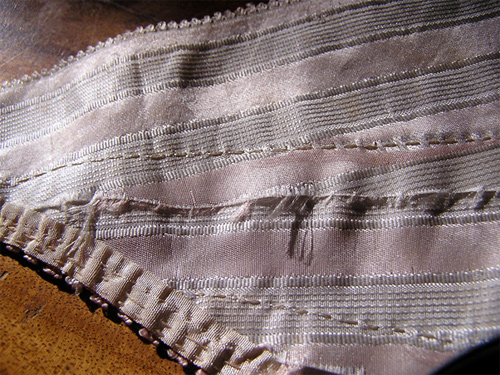 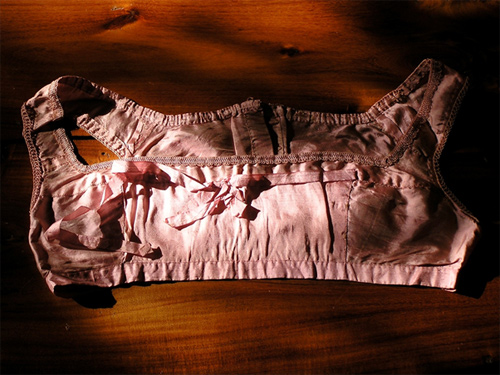 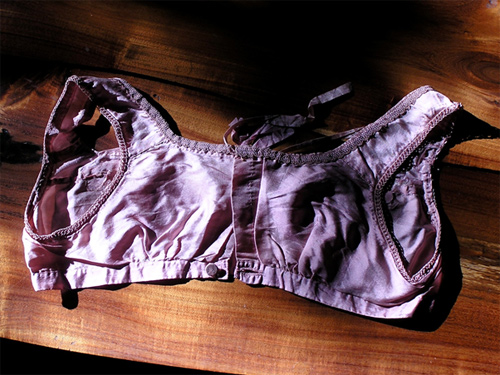 I don’t think this bodice was made to be worn on the outside. It looks like underwear and the stitching is not so good. I’m not sure whether the running stitch is the tacking left in. I guess it’s possible it might be here to make some gathers. 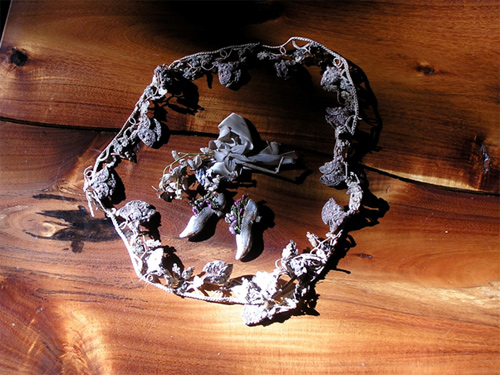 A bride’s mementoes: two little silver shoes that may have adorned a wedding cake; a little spray of artificial lily-of-the valley; and some braiding with pendant flowers woven with metallic threads through them. I do not know who this lady was but I hope her married life was very happy.

Among these things were some lace samples sent from Pennsylvania, probably in the 1840s, and made at a girls’ boarding school.

There was also a piece of paper with Miss Keat written on it. Members of the family have tried to follow this up and speculated as to whether the poet Keats’s sister could have been a friend of the lady who owned the escritoire.

The sad aspect of this story is that the escritoire was stolen when the owner was on holiday overseas. Fortunately she gave the contents to a relative for safe-keeping and so the family still has them safe and sound.