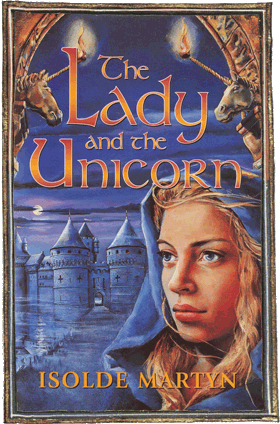 Romantic Book of the Year Award 1999
Romance Writers of Australia 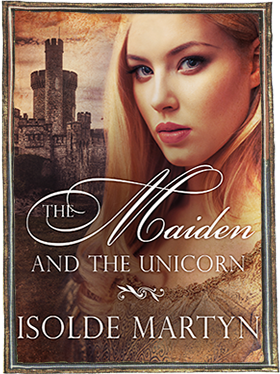 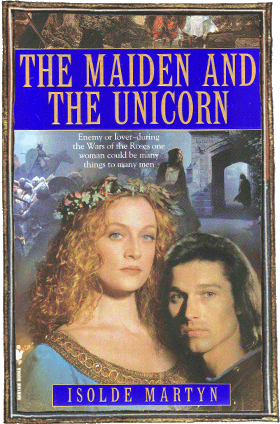 A lot of readers have asked me what happened to the real historical people in The Maiden and the Unicorn after the novel ends. Well, some of them are in my third book Moonlight and Shadow aka The Silver Bride, which is set twelve years later during the Buckingham Rebellion of 1483.

The political events of 1483 have always intrigued me. Like 1470–71, this was a year of tremendous upheaval with people changing sides and taking huge risks. Looking back from the 21st century, the truth of what really happened is hard to glimpse. Few records survive from that period and those that do exist have been gone over again and again by historians and writers with truth detectors, hoping that some undiscovered nugget of insight might lie there still. This lack of knowledge, of course, makes it much more exciting for the historical novelist. There is room for conjecture, and because the chief protagonists are shadowy figures, it is very satisfying to try and flesh them out.

While I have enjoyed researching the politics of these fifteenth century dukes, I haven't forgotten that it's a love story as well. Neither Margery nor Richard Huddleston have lost their delight in political intrigue, but it is a different hero and heroine who now take centre stage. Miles Rushden (nicknamed Y Cysgod (the Man of Shadow) by the Welsh, is a close friend and companion of the twenty-nine year old Duke of Buckingham, Harry Stafford, and both men are ambitious and prepared to embark on a ruthless, risk-all bid for political power.

Heloise Ballaster, the, fey heroine, is a maid of honour in the household of Richard, Duke of Gloucester. She has the voice of an angel, the face of a Madonna and the hair of a witch. She is also cursed with glimpses of the future – not a blessing in such a superstitious age. But her biggest problem is her father. He's a small, strutting rooster of a man, and a family tyrant. And quarrelsome, too, especially when there is land at stake, which is how he comes to blows with Miles's father and challenges him to a duel. However, what sensible father would put on armour if his adult son is at hand to play his champion? And if Heloise's father turns lily-livered at the thought of combat, which of his daughters is going to defend the family honour? Heloise!

Miles and Heloise, like all my heroes and heroines, are flung into the thick of royal intrigue as Richard, Duke of Gloucester seizes the crown.

Research for this novel took me to Brecon (headquarters of the Duke of Buckingham in 1483) in Wales and to Weobley in Herefordshire. The combat scene between Heloise and Miles was prompted by the Northamptonshire folktale of Skulking Dudley, and the kidnapping of Miles was based on the real-life abduction of Margery Huddleston's son.

And for animal lovers – no dogs or pigs this time but a Welsh mouser called Dafydd (modelled on Cagney, a cat of California) and a noble stallion named Traveller, named after a friendly horse in Dorset, UK, who never said no to an apple.