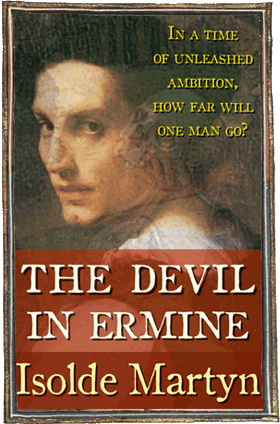 I 've always wanted to set a novel in Paris during the French Revolution without the usual cliche of aristocrats tumbriled to the guillotine.

Why did things go wrong, I wondered? After all, when the Bastille prison fell, it must have been a time of great hope (just like when the Berlin Wall came down). So I began the story in 1793 a year before Robespierre's 'reign of terror'.

For my heroine, I chose a young aristocrat in hiding, a resourceful young woman who had acted in lots of plays in her father's chateau. For my hero, I created Raoul, a young man who has become a deputy in the new republic – a man who sees things starting to go wrong. In the supporting cast is Charlotte Corday (Marie-Anne as she called herself back then) and the infamous Marat, a clever doctor who has learned how to manipulate the mob and turn it on the inexperienced government. Then there's a python called Machiavelli and a very strange lodger!