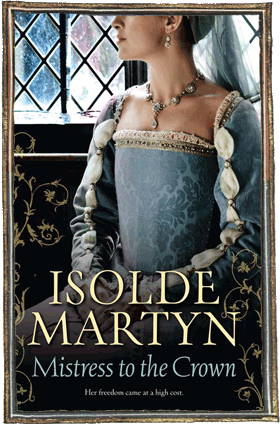 Isolde Martyn’s Mistress Shore beautifully spins the real history of a fascinating woman into a compelling novel of passion, suspense, and amazingly, a happy ending for one of England’s most famous royal mistresses. Marvelous!
Mary Jo Putney, author of No Longer a Gentleman

What joy to find a novel that blends sound research with a love story that, on its own would attract a wealth of romance readers. Isolde Martyn links her skill as an award-winning novelist with her depth of historical knowledge to reveal the life and loves of Elizabeth Lambard (Mistress Shore), and presents her as one of the strongest, most accomplished, lovely and lovable women of the 15th century. It’s fact and fiction at its best, a must-have for your bookshelves.
Julia Redlich, Former Fiction Editor of Woman’s Day; Secretary of the New South Wales Branch of the Richard III Society

A richly textured historical tale of a fascinating woman with a surprisingly modern determination to live life on her own terms.
Anne Gracie, international best-selling Regency romance author 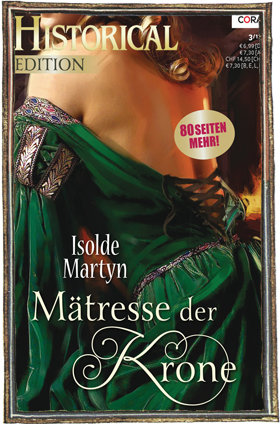 This was the novel I always wanted to write. When I was fourteen I came across the mention of a woman spy in the Wars of the Roses, and I promised myself that one day I would write a novel with her as the heroine. Imagine my delight when I came across the mention of Warwick's bastard daughter, Margaret Neville, and her husband being present at the coronation of King Richard III and Queen Anne Neville, her half-sister. It made sense that the woman spy mentioned by the Burgundian Chronicler, Philippe de Commynes, was Margaret and now I had a name for her and for my hero – Richard Huddleston! As a historian, it was a joy to use real people and it gave veracity to the story.

While the main plot is the relationship between Margaret and Richard, the subplot concerns the intrigue and turmoil of 1470–71. This required a supporting cast of some of history's most intriguing characters: the overmighty earl, Warwick the Kingmaker, the gorgeous womaniser, Edward IV, and his treacherous young brother, George. Then there's his tenacious, ruthless enemy, Queen Margaret of Anjou and her wily cousin, the 'spiderking', Louis XI and, of course, the young Duke of Gloucester, the future Richard III.

I never dreamed this novel would win the top awards for romance writing in both America and Australia and I am not only in the debt of my wonderful critique group for all their help and encouragement but above all grateful to editor Fiona Henderson and the publishing team at Transworld Australia who believed in the story so wholeheartedly.