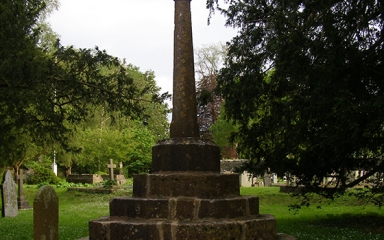 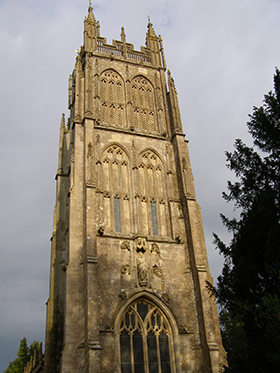 Katherine Neville, the young Yorkist widow in The Golden Widows, was originally from the Midlands, but when she joined the household of her betrothed, young William Bonville, the world of south-west England became her home. The manors of Shute in Devon and Chewton Mendip in Somerset were places she would have known well.

Chewton Mendip is an attractive village in the Mendip Hills, about four miles from the cathedral city of Wells and not far from Midsummer Murders country. Bright pink campions and white lacy cow parsley adorn the sides of the minor roads in early summer. It’s a part of Somerset that has been classified an area of outstanding beauty.

There aren’t many bed and breakfast places on on the back roads if you’re coming from the Bristol area but we found a delightful one in Chewton and a great pub as well. Authors doing research need a soft bed and good dinner and, staying locally, you get to talk to people about the history of their village. We found excellent accommodation at 'Copper Beeches', which has a lovely view of the church tower, and that evening we enjoyed a very generous meal at The Waldegrave Arms (named after the family who became the dominant local landowners in later centuries).

The castle or manor hall that Kate would have known is reckoned to have been built above the village, not far from the church, but the building is long gone. However, St Mary Magdalene’s Church, where Kate and Grandmother Bonville would have gone to mass, is in good condition. The pinky, coarse sandstone of the church was being cleaned on the morning we visited. Visitors can reach the church by taking the footpath up the hill near The Waldegrave Arms.

In the novel, St Mary Magdalene’s was where Kate took  her little daughter, Cecily, to lay flowers on Lord Bonville’s tomb and it is evident that the FitzRogers’ effigies on his tomb were moved from elsewhere when the tower was being built as they certainly don’t fit their table slab. 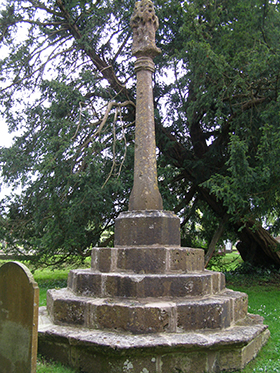 The stone cross in the story where Kate sat on the steps and spread the Autumn leaves on her lap to amuse Cecily still stands in the churchyard.  Sources vary as to whether it was the Bonvilles or the local religious house who installed the cross or added the tower to the church. Lord Bonville was very wealthy and he is reputed to have been born in Chewton so it seems likely he intended the church to be a splendid memorial. His unanticipated execution on Queen Margaret’s orders may have halted the building renovations and clearly the FitzRogers’ monuments were never moved back to their original resting place.

St Mary Magdalene’s also has a sanctuary doorknocker. Not all churches had sanctuary status. If an accused man managed to grasp the doorknocker, his pursuers could not lawfully arrest him. He would be given protection and sustenance in the church for 40 days and then he would have to decide whether to confess to the alleged crime or accept exile. If the latter, then he would be escorted to the nearest port and put on a ship.

Permission to return to England could only be given by the king. If the felon returned unlawfully, he could be arrested and also excommunicated.

When you’re an author who lives the other side of the world from where your story is set, most of the research has to be done through written sources and the internet, however, I always try to visit the locations where my books are set. Chewton Mendip was hillier than I had imagined, but on that sunny morning of our visit, there was a lovely, serene atmosphere around the church and where Kate’s home would have stood. We can never know, but I think she would have enjoyed some peaceful times there.