Encountering your hero and heroine's descendants 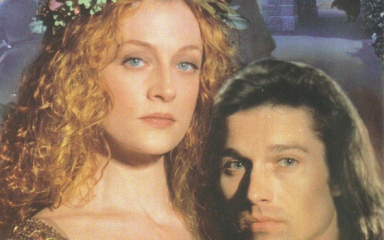 When you write about historical people, it’s always a thrill to meet someone who is actually descended from them. Often, it turns out to be a cadet branch, but when you come across a Dudley, a Hastings and a Tyrell, who can trace their line back to the fifteenth century and further still, it’s quite mind-blowing.

What is especially spine-chilling for any historical novelist is to be contacted by the descendants of a hero and heroine in one of their novels. This has happened to me with Margery Neville and Richard Huddleston, the major characters of The Maiden and the Unicorn. Margery was the bastard daughter of Warwick the Kingmaker and sister-in-law to King Richard III.

A few years ago I had an email from a Canadian lawyer who was researching the Huddlestons. It turned out he is descended from Margery and Richard’s third child, Margaret (Huddleston) Salkeld. This triggered off an excellent email friendship between us, and in 2008 he and his daughter made an ancestral pilgrimage, if you like, through Cumbria.

More recently, I had an email from a lady in Australia who is descended from Margery and Richard’s oldest daughter, Joan Fleming. Her family tree also includes Archbishop George Neville’s illegitimate daughter

Can you imagine what a delight it was to put these cousins in touch with one another? Somehow it makes Margery and Richard seem more alive in my mind than ever, a validation that they lived and breathed.