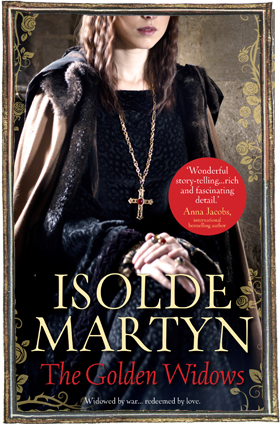 Another well-researched and lovely page turner from award-winning historical novelist, Isolde Martyn.
Felicity Pulman, author of Ghost Boy, A Ring through Time and The Janna Mysteries

A novel of survival, courage and love in a world turned upside down.

When Fleur, the hunted daughter of a hated duke, interrupts a murderous attack on an elderly traveller, she doesn't expect the dying man to generously offer her marriage and the chance of a new identity. Famished and weary of hiding from her enemies, she accepts, even if it means risking the dangers of revolutionary Paris to claim her new property – Le Chat Rouge, a theatre-café in the Marais.

Intrigued by the lovely new widow and suspicious that he has encountered her before, Raoul de Villaret, a deputy and member of the Committee for General Security, becomes Fleur's greatest danger. Is he determined to destroy every member of her family or will he compromise his loyalty to the Revolution for her sake?

As political unrest plunges Paris yet more deeply into chaos, Fleur discovers even those she trust have secrets. In a glittering, dangerous world where anything can happen, can love survive?

More in this category: Read an excerpt »
Login to post comments
back to top
© 2019 Isolde Martyn