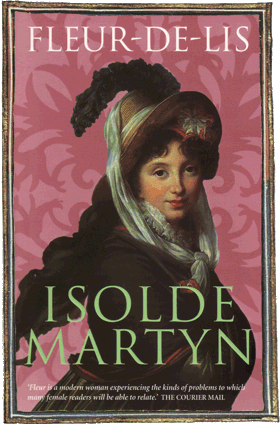 A great read for those who like to steep themselves in a rich historical novel and a romance.
Kathe Robin, Romantic Times Bookclub, USA 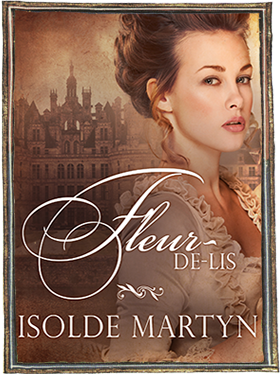 Since the stable behind the Clef d'Or was where he had been initiated into making love some seven years earlier, Raoul de Villaret rode into the town of Clerville in the January twilight, wondering whether he should just pass through, or halt and revisit the generous ‘magdalene’ who had provided such a delightful tutorial. Not for an anniversary encore, of course – Bibi must be prodding forty by now, and at twenty-two, he had become choosy – but perhaps to say a thank you for the only decent memory he had of the place.

His stomach complained of hunger and he frowned against the knife-edged wind as he rode towards the town square, knowing he would be unlikely to find a decent supper before he reached Rennes. The rivers were frozen over, the grindstones of the watermills were locked in ice and there was little flour. He had seen desperate hunger in the haggard faces of the migrating workers he had passed on the road. He doubted they would find labour in Clerville or anywhere else in the region; he doubted also that the King's call for every parish to submit a written list of grievances would make much difference. The incidents were growing and it looked as though he was encountering one now.

The place Saint-Denis was still crammed with the poorer people who had come in for market day and there was great deal of angry shouting going on. They had snared a grain transport. The carters, pulled from the running board, were struggling within the crowd, and the four-dragoon escort had foolishly let themselves be isolated in front of the market cross. Astride on top of the grain sacks, defying the soldiers' muskets, a gaunt workman was addressing the crowd.

‘The King does not wish our children to starve, patriots!’ he exclaimed, his dialect proclaiming him a local man. ‘It is his evil counsellors and that Austrian bitch who are trying to squeeze every last sou from us. Take the grain to feed your children, mes braves, and you,’ he snarled at the dragoons, ‘shoot us if you dare!’

Another man sprang up onto the cart and jabbed a finger in the air. ‘Go and observe the fine English lawns, mes amis , the strutting peacocks, the mulberry trees. Why should we labour while the Duc de Montbuillou leads a life of idleness? We're not even allowed to shoot his doves for eating our peas. Has he done anything to keep us from starvation? No! Break open his barns, I say! Allons! Let us seize the grain and feed our children!’

‘And be broken on the wheel?’ scoffed someone.

‘Starve then!’ The second orator exclaimed. ‘The only difference between us and the noblesse is in the ledgers! I say burn the records which make slaves of us! To arms!’

One of the dragoons fired above the head of the speaker, merely to frighten him, but the crowd erupted in bitter fury.

Raoul reined his horse Nostradamus round. The chateau ? For years, he had tried to forget the Chateau de Clerville, vowing never to set foot within its detestable proximity, but the painting was there. Jacques-Louis David's painting! He could not let David's work be destroyed, even though he loathed every oiled pore of the canvas; even though to see its brilliance again would make him remember that humiliating month at Clerville when he had been David's apprentice.

With hatred burning anew, he circumnavigated the square through the back streets and spurred out of the town ahead of the mob to that loveless chateau. It was not just David's impatient snarl Raoul recalled, but the sting of the Duc de Montbulliou's horsewhip across his shoulders and the sniggers of the duke's daughters. Their hateful laughter whirled around his temples as he rode, so infecting his senses that he grew hot with shame beneath his greatcoat, remembering the ripe, pointing breasts flaunted to torment him.

He drew rein at the gates of the chateau, smiting his riding crop against the ironwork, gratified that the old gatekeeper hobbled forward in his sabots with a respectful touch of forelock. Thank God for that! So no ghost of a thin gauche, sixteen-year-old was recognisable any more.

‘There is a mob on the way,’ Raoul exclaimed, but the ancient cupped his ear and grinned. ‘Open the gate, damn you! Holà, you!’ Raoul snatched off his tricorne hat and gestured frantically to a boy loitering in the doorway of the gatekeeper's cottage. ‘Run to the servants' quarters as quick as you can and warn them. There's a rabble coming to burn the chateau. And you, man, for Christ's sake, let me through!'

He swung the horse round impatiently. The torches flaring behind him on the road were distant enough. The old fellow, fumbling now with sudden fear, unlocked the gates to let him in. Instead of following the carriage drive, Raoul turned into the basse-cour. His memory served him well; beyond the clipped hedges that hemmed in the lawns and en broderie flowerbeds was a copse sheltering an English grotto. Little had changed in six years. The old, artificial cave was as he remembered it, large enough to tether Nostradamus out of sight. He listened again but the winter dusk was quiet. Even on foot, the rioters would not take long to reach the chateau, for it lay but one mile from the outskirts of the dirty, impoverished town like a pendant jewel around a beggar's neck.

Jamming his hat firmly down and with his neckerchief back to front so he might draw it up to hide his face, Raoul made stealthily for the rear terrace and tested the second window of the billiard room. The frame slid up easily as it always had. He adroitly climbed over the sill into the cold gloom of the unlit room, and skirting the billiard table, he softly opened the door to the grande salon. Despite the heavy odour of lavender polish, the faint hint of mustiness spoiled the elegant room like the whiff of sweat from beneath a nobleman's expensive waistcoat.

Only the candelabra on the harpsichord had been lit. Raoul's gaze slid round the walls and halted at the artwork which hung beside the opposite door. Not David's, but a more recent portrait of Montbulliou and his son. Both faces mocked Raoul with their supercilious expressions just as they had done in real life. The duke's eyes bore smugly into his, forcing him to remember the shame and the violence, the raised whip beating him painfully to his knees. Merde , it was tempting to drive his knife into that smirking, canvas mouth. Raoul dragged his stare away with an iron will and, pulling his neckerchief up over his mouth and nose, let himself into the vestibule. David's painting did not hang there either. Time was running out. The tick-tock of the grandfather clock echoed up the great staircase and he could hear raised voices in the common room.

Could the painting be in one of the bedchambers? The sound of breaking glass drove him to take the quickest way – up the backstairs – to Montbulliou's dressing-room. A startled footman collided with him in the hall and thrusting the man roughly aside with a warning to save himself, he hurtled up the stairs to the duke's apartments. Glad of the scant lighting, he edged cautiously forward. The upper floor was chill and silent. The family was not in evidence. Just as well. It would have been a unique pleasure to scar the duke's face; anunwise pleasure that might send him to the galleys or the Bastille.

Orangeflower water and pomade! The dressing room stank of the duke, but there above the shining, polished sidetable hung his quarry – David's masterpiece, a greater work than any of the artist's more heroic paintings. Or so Raoul thought. He stared at it for a moment, reabsorbing its magnificent sensual power. Gauzy, lascivious and heartless, the duke's three oldest daughters –the goddesses, Venus, Minerva and Juno – watched from their frame as he came closer.

The fourth daughter in the painting was not looking at him. She had been nine years old and too fat to play a beauteous goddess. Instead, she had been coerced to model as the chubby Cupid offering a golden apple as a prize. A fruit so real and luscious that Raoul could have snatched it from the canvas; the apple that the youth Paris was to award to the goddess he judged to be the loveliest. But Paris was not in the painting; David had made the beholder of the painting Paris. No , you judge, he had said to the world.

The sound of splintering wood and shouting jolted Raoul back to reality. Swiftly, he dragged a Louis Quinze chair across to the wall, laughing softly as he sprang with mudded soles onto its fine brocade. Then he drew his knife from its sheaf.

A young girl stood in the inner doorway, pointing a pair of duelling pistols at him. The weapons wobbled but there was determination in the plump young face. Cupid! He had no trouble in recognising her. Long brown hair, loose, save for a band that held it free of her forehead, tumbled down to an undiscernible waist clad in tawny velvet. About fifteen now, but still round as an English pudding!

‘Shoot me then.’ He challenged, and turned his back to her.

Copyright Isolde Martyn
Excerpt by permission of Pan Macmillan Australia. All rights reserved. No part of this excerpt may be reproduced or reprinted without permission in writing from the publisher.

A novel of survival, courage and love in a world turned upside down.

When Fleur, the hunted daughter of a hated duke, interrupts a murderous attack on an elderly traveller, she doesn't expect the dying man to generously offer her marriage and the chance of a new identity. Famished and weary of hiding from her enemies, she accepts, even if it means risking the dangers of revolutionary Paris to claim her new property – Le Chat Rouge, a theatre-café in the Marais.

Intrigued by the lovely new widow and suspicious that he has encountered her before, Raoul de Villaret, a deputy and member of the Committee for General Security, becomes Fleur's greatest danger. Is he determined to destroy every member of her family or will he compromise his loyalty to the Revolution for her sake?

As political unrest plunges Paris yet more deeply into chaos, Fleur discovers even those she trust have secrets. In a glittering, dangerous world where anything can happen, can love survive?

I 've always wanted to set a novel in Paris during the French Revolution without the usual cliche of aristocrats tumbriled to the guillotine.

Why did things go wrong, I wondered? After all, when the Bastille prison fell, it must have been a time of great hope (just like when the Berlin Wall came down). So I began the story in 1793 a year before Robespierre's 'reign of terror'.

For my heroine, I chose a young aristocrat in hiding, a resourceful young woman who had acted in lots of plays in her father's chateau. For my hero, I created Raoul, a young man who has become a deputy in the new republic – a man who sees things starting to go wrong. In the supporting cast is Charlotte Corday (Marie-Anne as she called herself back then) and the infamous Marat, a clever doctor who has learned how to manipulate the mob and turn it on the inexperienced government. Then there's a python called Machiavelli and a very strange lodger!