Whether it is the Wars of the Roses, the French Revolution or the Albigensian Crusade, historian and novelist Isolde Martyn enjoys setting her novels against turbulent times. However, Isolde, together with illustrator Louise Hogan, has had a long term project simmering away in the background, and here it is!

From the First People's camp beside the river crossing through to today's world COUNTRY TOWN is a history picturebook that tells the story of an imaginary inland Australian town. Almost every town in Australia was researched to provide this decade by decade story, and though this town isn't anywhere in particular, the events and timelines reflect the experiences of real communities.

Sad times and happy times, glooms and booms! In every decade, there are children and grownups telling what it was like for them and the major themes of Australian history are woven in as well. 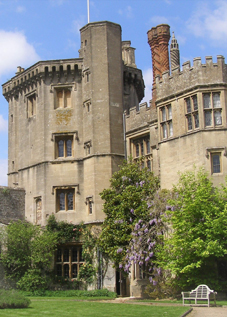 n writing about a medieval clairvoyant in The Silver Bride, charges of witchcraft in Mistress to the Crown and more recently in my new mss on the death of Shakespeare’s patron, I have had to research sorcery in the Middle Ages and Tudor eras. That was how I came across the legal treatise Malleus Maleficarum.

Most people have never heard of this treatise but it is arguably the most important document in the history of witchcraft. It was first published in about 1486 and became a regular bestseller. At least 30 editions were published between 1487 and 1669. The literal translation of the title is The Hammer of Evil but the more common translation was The Witch Hammer and this document became the bible of inquisitors and witchfinders throughout the Christian world. Not just a fifteenth century All You Ever wanted to know about Witchcraft but were afraid to ask with FAQs such as ‘Whether witches can by some Glamour Change men into Beasts’. No, it was destined to become the legal procedure manual.

Has anyone been watching Ben Elton’s comedy series Upstart Crow featuring David Mitchell as Shakespeare? It’s great fun and I’m sure Blackadder fans especially will have been delighted at the wonderful combination of history and humour. Elton chose a Shakespeare play as a theme for each of the 13 episodes. The name Upstart Crow is a quote from Shakespeare’s real life rival, Robert Greene, and the latter is the sinister villain in each episode, beautifully played by actor Mark Heap. What’s rather nice as well is that the homely Anne Hathaway, played by Liza Tarbuck, always features and we get Shakespeare as the family man, too, straddling both his worlds, and always complaining about the coach to Stratford. One of the reasons I’m full of praise for the series is because I’ve been researching that precise timeframe in the late Elizabethan world for my work-in-progress and Ben Elton’s knowledge of the politics is so spot on and beautifully woven in.

Do try watching it on Australia’s ABC iview. Can’t get enough of it!

About 22 years ago, six of us started a history society dedicated to the Plantagenet era (Henry II—Richard III). We meet six times a year and our invited speakers are experts from many fields. We now have a Facebook page and you can find videos of the talks we’ve enjoyed  from guest speakers such as our patron: Professor Carole Cusack of Sydney University.